Blog - Latest News
You are here: Home1 / IT Insights2 / What is an exploit attack and what types are there 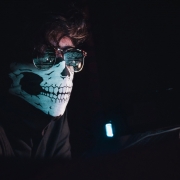 Exploit attacks are often confused with malware. Instead, they are the picklocks that allow malware through the door.

Often delivered as a collection of exploits, or a kit, exploit attacks can be hidden in play view on your favorite websites. Once you land on the website, the hidden code can quickly fingerprint your computer and identify which type of operating system you are using, which programs you have running and check for flaws and weaknesses. If your system has any vulnerabilities, they can exploit them and infect your computer or network with any number of malware, ranging from spyware to ransomware.

These types of exploits have been studied by security researchers and made known to the public. Security professionals and software developers have already created patches for the vulnerabilities, but known exploits can still attack software programs and systems that haven’t been updated. And it can be difficult and takes time for developers to keep fixing newly  discovered vulnerabilities.

This is why it’s so important to keep your software programs and cyber security fully updated. Cyber criminals are usually one step ahead and can quickly and effectively exploit any weakness they find.

Unknown exploits, also known as “zero-days,” are the must dangerous kinds of exploits. They attack vulnerabilities that have not yet been made known to the public. In the case of unknown exploits, cyber criminals attack vulnerabilities that developers didn’t foresee or notice, or create an exploit code or program before developers have had time to fix the flaw.

These types of exploits are especially dangerous for businesses, because even if you have your software programs updated, they can still be exploited. In some cases, developers don’t discover the flaw for months, and sometimes years. Which means any person or business running that software is vulnerable to an exploit attack that can then infect your computer, or worse, your entire network, with damaging malware.

In reality, every type of software can contain unintended vulnerabilities. But the programs with the most users are typically the most vulnerable. Applications such as Internet Explore, Flash, Java, Adobe Reader and Microsoft Office are often targeted by exploit attacks.

Now we know what an exploit attack is and what types there are. The best way to protect your business or organization from exploit attacks is to fight back with professional cyber security services. If you’re the victim of a cyber attack or want to shield yourself from potential security breaches, Workforce IT of Jacksonville can provide both the on-site and off-site support your business needs. 904.638.8406.

What is Breaching and can it affect your Jacksonville business

Cyber threats that can bypass basic firewalls
Scroll to top